About the - The Many Roads in Modernity

The is funded by the Carlsberg Foundation and hosted by the Department of Cross-Cultural and Regional Studies.

With the fall of the Berlin Wall in 1989, Europe was filled not only with of reunification and a new but also with conflicts of a kind that ran counter to the visions of peace and democracy. The break-up of Yugoslavia, war, ethnic cleansing and national chauvinism now gave nourishment to the idea that unending hatred and ancient ethnic antagonisms were driving forces in the development of South-East Europe, which only the iron hand of communism had been able to keep in check. At the same time, this gave rise to a perception, both in the media and in political rhetoric, of the entire region as a special category of countries still stuck in a malignant, unchanging culture. This perception leads to the postulation that the area, for that reason alone, must be defined as Europe’s backwater and its past history as an obstacle to modernization processes. This perspective has also affected the outlook on surrounding countries such as Greece, Romania Turkey.

The present project has arisen out of seminars in the research network “The Many Roads to Modernity” at the Centre for Modern European Studies (Faculty of Humanities, University of Copenhagen). The premise of the project is that the national narratives of the nineteenth century still dominate the view of the past and the visions of progress in South-East Europe, despite the major changes in the twentieth century. Through seven studies and two international conferences, the project seeks to explore regional and transnational perspectives in past and present. This is particularly important because the modernization of South-East Europe took place in between the same new factors as in the rest of Europe (e.g. Enlightenment philosophy, nationalism, mass education and early economic globalization) and tenacious local structures. The guiding hypothesis of the project is that the historical development of modernity need not necessarily follow that of Western Europe; there are many other roads to modernity. 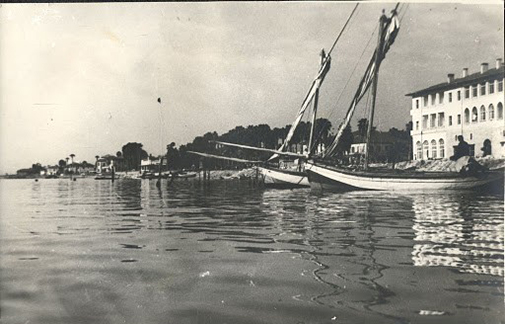 The recent past of South-East Europe has been dominated by three empires: Russian, Habsburg and especially Ottoman. These have continued to live in the ideas of the significant Other that developed in the nineteenth century to establish coherent identities in the burgeoning national movements and states. The radical changes in living conditions that characterize modernity (social mobility, urbanization, the liberation of the individual, and increased economic prosperity), were impelled by political ideologies that did not renounce national narratives in which the past was used as a guarantee of cultural authenticity. In contrast to the conventional image of Europe, it is necessary to use an open context for the analysis, to enable a discussion of the significance of the Ottoman experience for an understanding of the political and cultural development of the region.

The project aims to study the relationship between the modern history of South-East Europe and the long imperial past of the and to use this approach as an alternative to the prevailing models which are based on oppositions: Europe versus the Balkans and the West versus Islam. Through we expect to arrive at a nuanced understanding of the many roads in modernity in Europe. The focus is on the changes of identity, self-representation affiliation in the light of the huge systemic pressure triggered by the interaction between external influences and local and regional practice from the latter part of the nineteenth century to the present day. This will be studied on different levels from the state to the local community, along with changes in art, literature and religious practice.

The project is divided into the following chronological units:

The is directed by professor Catharina Raudvere.